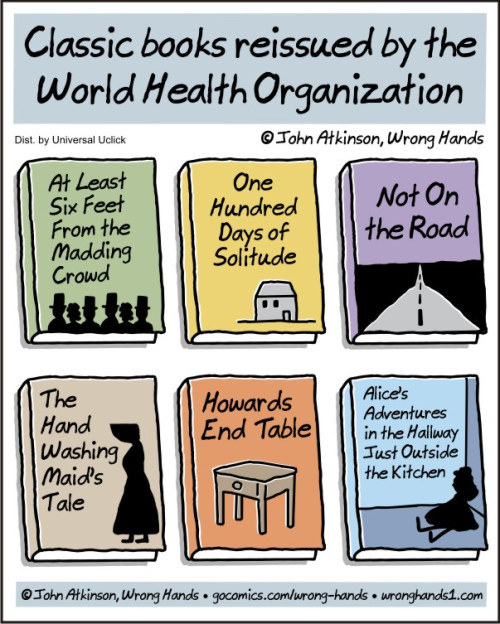 Alex Diaz-Granados (1963- ) began writing movie reviews as a staff writer and Entertainment Editor for his high school newspaper in the early 1980s and was the Diversions editor for Miami-Dade Community College, South Campus' student newspaper for one semester. Using his experiences in those publications, Alex has been raving and ranting about the movies online since 2003 at various web sites, including Amazon, Ciao and Epinions. In addition to writing reviews, Alex has written or co-written three films ("A Simple Ad," "Clown 345," and "Ronnie and the Pursuit of the Elusive Bliss") for actor-director Juan Carlos Hernandez. You can find his reviews and essays on his blogs, A Certain Point of View and A Certain Point of View, Too. View more posts

2 thoughts on “Classic books reissued by the World Health Organization”

This site uses Akismet to reduce spam. Learn how your comment data is processed.